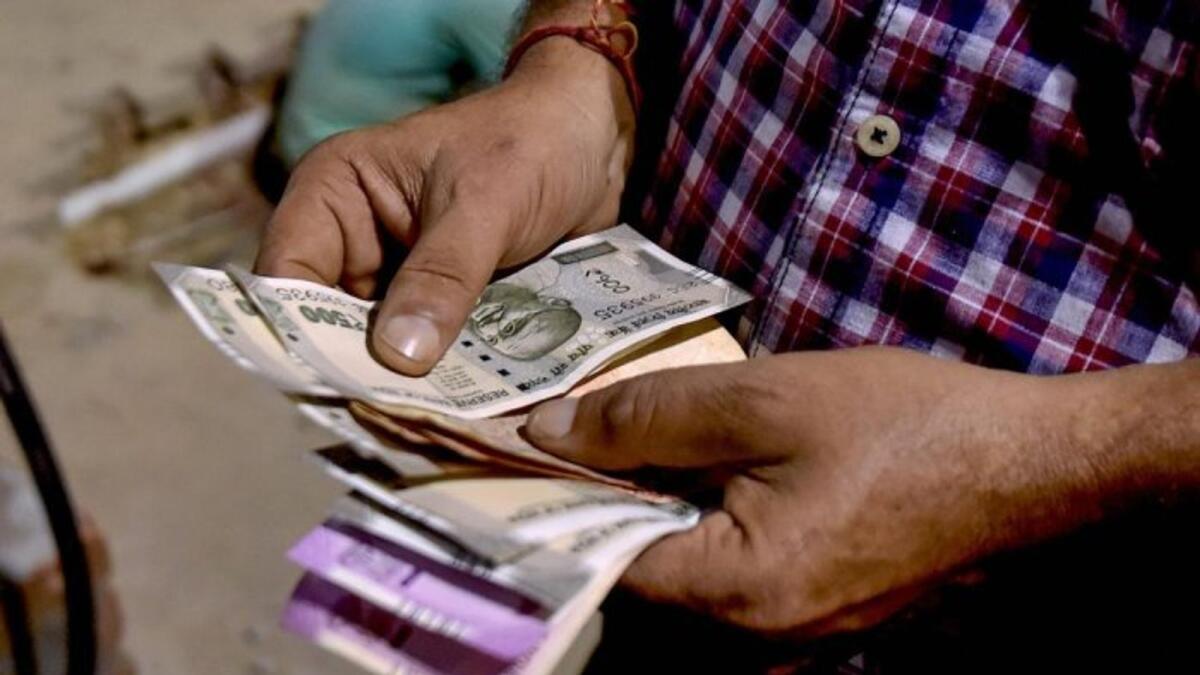 The Indian rupee started the financial year 2022-23 on a muted note and inched higher by three paise to 75.71 against the US dollar (20.62 versus the UAE dirham) in early trade on Monday amid a firm trend in the Indian equity market.

At the Indian interbank foreign exchange, the rupee opened lower at 75.77 against the American dollar, then touched an early high of 75.71, up 3 paise over its previous close. The rupee reached 75.79 also in initial deals.

On Thursday, the last trading session of FY22, the rupee advanced by 16 paise to close at 75.74 against the dollar. The rupee, however, closed 2021-22 fiscal with overall losses of 3.61 per cent or 264 paise against the American currency due to a stronger dollar and surging crude oil prices.

The forex market was closed on Friday for the annual account closing of banks. Global oil benchmark Brent crude futures rose 0.13 per cent to $104.53 per barrel.

Meanwhile, the dollar index, which gauges the greenback’s strength against a basket of six currencies, fell 0.06 per cent to 98.57.

On the macroeconomic front, India’s current account deficit widened to $23 billion or 2.7 per cent of the GDP in the December quarter, according to the Reserve Bank of India.

The Centre’s fiscal deficit at the end of February stood at 82.7 per cent of the full-year budget target, mainly on account of higher expenditure, as per the government data released on Thursday.

(with inputs from PTI)